Gertz Girlz Lisa and Eva have been ramping up college campus visits these days, while Lisa and Dee scratch their heads, wondering how we got to Eva’s senior year so fast. Rites of passage are part and parcel of a child’s journey into adulthood, and while for teens it’s all about tomorrow, we adults find ourselves yearning for yesterday. With little birdie Eva preparing to fly the nest and meet her future, Lisa and Dee have been reflecting on past family meals. For example, how many times have you heard someone say, I tried a recipe and it was a big hit. Those hit recipes often go on to become legendary, highly anticipated year after year, and ideally preserved in the family archives. So much of what is placed on the family table ends up more in our hearts than in our stomachs.

My mother, born Marie-Jocelyne Francoise Cardinal, is affectionately known by one and all (including her grandchildren) as Jocie. She has a 100% French-Canadian family and culinary background and is a wonderful cook. So my three siblings and I, and my father, were pretty lucky. It wasn’t till my young world opened up a bit though, and I started to venture outside my own family table, that I began to realize and appreciate her cooking skills. A mother of the 1960’s and 70’s, with a large family to feed three times a day, Jocie stuck to the basics like most women of that era. She cooked the middle-class favorites, but she cooked them really well. Her homemade (everything was homemade back then) spaghetti and meatballs were so good, I remember a neighbor boy who had eaten them once, and then tried to wrangle a dinner invitation when I told him that’s what we were having! 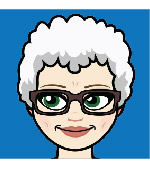 When I was 14, my mother went to work full time. Luckily her job was only a five minute drive away so she was able to keep close tabs on her latchkey daughter, now responsible for watching out for two younger brothers (and not very well, but that’s another story). Weekly food shopping was always on Thursdays after work, and dinner was always a Swanson aluminum tray with turkey, stuffing, wrinkly mixed vegetables, and a spongy (i.e., strange) cherry cobbler. I didn’t mind at first, but she became dependent on these meals and who can blame her? If we all loved to make a home cooked meal night after night, after eight hours of work day after day, there wouldn’t be a need for Blue Apron and the like.

Frozen dinners are not something I miss, but at some point, and perhaps to assuage her guilt, my mother began making special birthday meals and we got to choose whatever we wanted. My brother Stu always chose Veal or Chicken Parm, and both were wonderful (I have since stopped eating veal for ethical reasons). My go-to was roast beef with mushroom gravy, mashed potatoes, creamed corn and pita bread, sliced in halves lengthwise, and generously buttered and broiled until bubbly and slightly browned around the edges. All bow to the Carb Queen!

Even though my siblings and I are all in our 50’s now, we can all easily recall what our favorite “Jocie” dinners were when we were kids. I sent a poll via text for the purpose of this blog post, and literally got a reply within minutes from all of them. Mike was all over her American Chop Suey. For Jim, it was her Chicken Cordon Blue. But there’s always a Fussy One in every family…in this case it was my sister Lynn, who wryly informed me she was never a member of The Clean Plate Club. Apparently she only liked roast pork and only if it was well done! No wonder she was the skinny one!  My dad who passed away almost twenty years ago, made no secret of the fact that he loved his wife’s New England Boiled Dinner (always served on a Sunday).

As for me, I adored my mother’s French-Canadian version of Irish Stew…ground beef, tiny diced potatoes and carrots, and peas in a fragrant beef broth. I remember spending an entire summer day playing outside, and coming in to eat dinner (which was only ever called “Supper”). The stew was already ladled into the light green, small bowls that we children ate out of…four of them lined up on the windowsill to cool, the steam visible to our hungry little eyes. And always, always, always…. there was bread and butter on the table. Because if it has gravy, you need to SOP it up!

In addition to the gravy aspect (agree with you Lisa on the sopping with bread!) I loved the roast beef meal because it reminded me of the Sunday afternoon dinners at Nanny and Pop’s house when we lived in Maryland. They were my maternal grandparents and lived in a row house in Baltimore. I loved being in that urban environment, loved the smells, loved playing with my cousins in the small back yard, adjacent to the alley where we would kick a can around. Really! It was fun! And I loved the food. Unadorned, savory, hearty. After dinner I would sneak upstairs to tap out bad poetry on Pop’s typewriter, which now sits on the filing cabinet in my office.

We would also have broiled pita as an accompaniment to beef fondue, which may have been my brother Richie’s birthday meal. It was also an occasional weekend dinner treat (this was the 70s, and fondue was all the rage). The pita was easy to replicate, but over the years I have tried to make a gravy that comes close to the savory stuff I would pour to pool into the well of my mashed potatoes. I’ve made the occasional roast, but my attempt at gravy, well, let’s just say I’m no Gravy Master. Another favorite involving gravy was her Salisbury steak. Recently, in an effort to find something else to do with hamburgers, I came across a recipe online and guess what? It was just like my mother used to make. I’ve made it twice in two weeks and will be ballooning to a new pant size soon 😉

I love to hear about my mother’s childhood memories and one of my favorites is of when my grandmother Jocie was making meatballs and she let her kids help her. My Uncle Mike was about 6 and he decided to throw a meatball into the air to catch it…apparently he never caught it because it STUCK TO THE CEILING!! I can imagine how funny that would be and my mom said it resulted in a fit of giggles!

And a permanent round grease spot on the ceiling as a souvenir of that moment! As time goes on we try to replicate some of the Hitz We Miss, and we add to them too, creating an ever-evolving list of favorite dishes, some of which get passed down to become current “Hitz.”

One of my favorites is my mother’s No Fail Chicken Casserole.

Which was one of MY mother’s recipes and it is loved by all who ate it. Credit goes to our family friend Cheryl Menino who I believe first gave it to my mom in the early 80’s. How can you go wrong with chicken, cheese, wine, and a can of good ol’ Campbells condensed Cream of Whatever soup? It’s easy and delicious and it feeds a crowd. This is one where you need to keep copies of the recipe around because you just know a friend is going to ask for it during dinner.

I just thought of two more favorites. My mother’s Chicken & Red Sauce over Couscous is amazing. I also loved my Papa’s Meatloaf…nobody could make meatloaf like Papa.

Except now we have his recipe and you will get it on a regular basis (at least until you go off to college!)

Growing up, my father (Eva’s Papa) didn’t cook, but in our teens, he developed an interest in trying his hand at the stove. The big fail of family legend was his idea to save time by mashing potatoes in the blender. The result was an inedible grayish goo and a lot of laughs and ribbing. But his Chicken Cacciatore over linguine was a huge hit. Richie would sneak downstairs in the middle of the night to steal leftovers, which would inspire huge fights the next day. Dad’s other signature dish was chili con carne, but it’s the cacciatore that will live on in my memories. Jerry Gertz’s Chicken Cacciatore

There are so many dishes that I miss, but mostly I miss the days of youth and the dinners that brought us together and defined us as a family.

It’s another wonderful rite of passage that one of the things you look forward to when you come home during college breaks are…The Hitz You Missed! Here’s to keeping the good ones in the rotation and creating new Hitz for future generations!